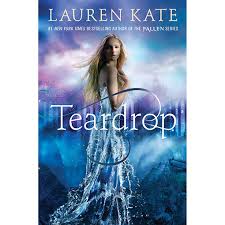 Seventeen-year-old Eureka Boudreaux can’t find anything worth living for.  Her parents have divorced, her father is now married to the unloving Rhoda, and her mother has died in a freak car accident involving a rogue wave on the way to Key West.  Eureka, who was in the car with her mother, somehow survives but is physically and emotionally battered.  Eventually, Eureka’s distant behavior drives away all but two of her best friends, fun-loving Cat and quiet, considerate Brooks.  Eureka slowly begins to rejoin the outside world.  One day, on her way to a track meet at her Southern Louisiana high school, she is rear-ended by a white Chevy pick-up truck.  The driver, Ander, is silvery-pale, with light blonde hair and blue eyes. He will become a bigger part of her life than she can imagine.  Eureka’s life begins to change in strange ways.  Her mother’s will provides three mysterious gifts: a locket, a thunderstone securely wrapped and stored in a wooden box, and an ancient book in an unreadable language.  Eureka and Cat soon find Madame Blavatsky, a “self-taught expert in dead languages”. The book begins to give up its secrets; Eureka finds out that her tears have magical powers, including the ability to raise the lost continent of Atlantis. In the meantime, Brooks’ loving nature turns decidedly darker and Ander begins to reveal more about the world of Atlantis.  The two young men seem to be engaged in a battle for Eureka’s soul, but who will be victorious and why?

This book was written by Lauren Kate, author of the popular Fallen series.  It will appeal to twelve to seventeen year old female readers with its supernatural elements and an absorbing story of a tragic love triangle.  Future books in this series will be forthcoming.