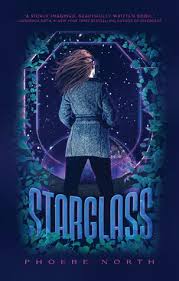 Terra has been raised aboard the massive Asherah, a space ship that holds what’s left of mankind after an asteroid destroys the Earth. With a passion of art, Terra is disappointed when on her 16th birthday, she is assigned a job as a botanist, securing an unsatisfying future. As the Asherah descends upon it’s destined planet, she finds her friends and family slipping away, as well as the life she knows, and wonders her path in life. One night wandering the ship, Terra witnesses a guard murdering an innocent man, and is swept into a secret rebellion that makes her question those she knows best, and those in power. North’s vivid writing and strong characters will delight dystopian fans of the City of Ember and Across the Universe series.