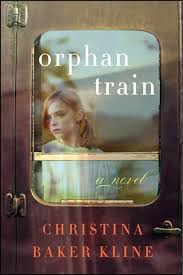 Molly is a seventeen-year-old ward of the state of Maine.  Just as she’s about to be sent to a group home for stealing a book from the local library, she finds a way to serve her community service hours and stay with her foster family.  As she begins her 50 hours of community service, she thinks that her sorting and cataloging of a 91 year-old woman’s attic will be useless, but then meets her employer, Vivian, a kindred spirit with whom Molly can relate.  As they sort through the items together, Vivian shares her story of growing up as an orphan in 1929, New York City, who boarded trains for Minnesota and beyond in hopes of finding a family.  Vivian’s story connects her to Molly and eventually the two find a way to help each other cope with loss and ultimately finding a true family.