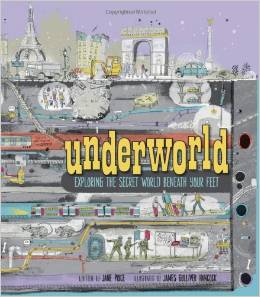 Prince, Jane. Underworld: Exploring the Secret World Beneath Your Feet. 978-1894786898. Tonawanda, NY: Kids Can Press, 2014.  Gr. 4-6. $18.99. 96p.
This interesting non-fiction book about all the amazing things buried in the earth is filled with fun information. With mummies and giant crystals and buried treasure it has the information that young kids will want to know about. The book has many pictures but the large amounts of text and higher level words move this book to a higher reading level, similar to Guinness World Records. This fact-filled book is worth the read. Recommended for grades 4-6.
624.19 Underground construction/Earth, internal structure
Matthew Dickinson, Conestoga HS senior and intern at Plymouth Meeting Friends School 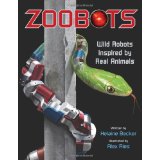 Becker, Helaine. Zoobots: Wild Robots Inspired by Real Animals. 978-1554539710. Tonawanda, NY: Kids Can Press, 2014.  $17.95. 32p. Gr. 2-4.
This fascinating nonfiction book should be a big hit for any kid. A dozen types of “zoobots” are explained in an easy to understand breakdown and grouping that is very kid-friendly. Each bot has its own “superpowers” and its own animal basis, teaching readers about not only about the robot but also the animals they are based on. With a variety of exciting robots that could catch any kid’s attention this book is a fun read.
688.725 Robots/Easy reader
Matthew Dickinson, Conestoga HS senior and intern at Plymouth Meeting Friends School

Kerley, Barbara. Illustrated by Edwin Fotheringham.  A Home for Mr. Emerson. New York: Scholastic, 2014. ISBN 978-0-545-35088-4. 48 pgs.  $18.99. Gr. 3-6.
Enter Concord, Massachusetts the town that American author Ralph Waldo Emerson loved so much and recorded his thoughts in The Wide World, which was how he named his journal.  Continue the biography picture book rich in artful full page illustrations with detail and style taking the readers back to the 1800s.  The book concludes with an author note and suggestions for readers to start their own journal in the fashion of Emerson. Throughout the story direct quotations and writing examples incorporates samples from Emerson are included to advance the tale. A Home for Mr. Emerson received a starred review from Publisher’s Weekly.
814 Biographies, American Authors                 Beth McGuire Wendover Middle School 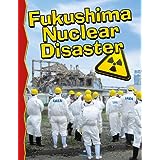 Disaster Alert! (series) Canada: Crabtree, 2014. 48 p. $20.75 each. Gr. 3-6
Arato, Rona. Fukushima Nuclear Disaster. 978-0-7787-1192-6.
Peppas, Lynn. Superstorm Sandy. 978-0-7787-1193-3.
These two books have been added to the Crabtree Disaster Alert! series in 2014, bringing the total volumes in the set to twenty-two titles. The layout of the books begins with a table of contents and main heading colors match the subheading topics in the sections. Throughout the books terms are placed in bold font and pictures in full color. A map of Hurricane Sandy’s path also contains a legend and this is ideal for developing map reading skills and sequencing. True stories from everyday people are included in the “It really happened” boxes for the Superstorm Sandy book. A multipage time line of events from March 11, 2011 – December 16, 2011 details the events and reaction to the Fukushima nuclear disaster. Many maps and diagrams are included such as the diagram of a megathrust earthquake, the Ring of Fire, how a tsunami forms, and the boiling water nuclear reactor. The books conclude with a glossary, suggestions of additional books and internet sources to view to learn more and lastly is an index.
363.17 (Arato) 551.75 (Peppas) Environmental disasters                                                                   Beth McGuire Wendover Middle School 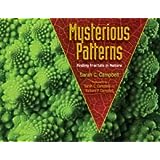 A glossary including terms such as cone, pattern and sphere opens the book. Crisp photographs tell the story accompanied with text. The shapes of tomatoes, cucumbers and icicles are clearly outlined. The written story goes when explaining that it was not until 1975 that mathematician Benoit Mandelbrot identified fractals. An assortment of fractals are included with broccoli, Queen Anne’s lace, and lungs. The book concludes with directions to create a fractal and more information Mandelbrot. When learning concepts of shape, fractals and successful mathematicians this book is essential and the fine photography adds to the overall experience. This book has earned starred reviews from Publisher’s Weekly and School Library Journal. 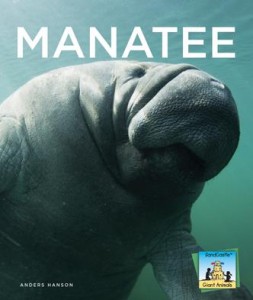 Barry, Holly M.  Helen Keller’s Best Friend Belle.  Chicago: Albert Whitman & Company, 2013.  978-0-8075-3198-3. 32p.  $12.75. Gr. 1-2
This book provides a different look at what we know about Helen Keller and her love for animals, especially her dog Belle.  With engaging illustrations and a balance of text and white space the youngest child will quickly be drawn into the story.  By providing a connection to a dog, the character of Helen Keller provides a text-to-self connection to students with pets.   The final two pages provide a deeper story that can be shared between the adult and child, including interesting facts about other dog breeds that she had and other animals that were her companions.  The author is able to provide another perspective to a famous person that has had much written about her.
92 Biography                               Denise Naumann, Eisenhower Elementary 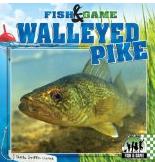 Forbes, Scott. How to Make a Planet: A Step-by-Step Guide to Building the Earth. 9781894786881. Tonawanda, NY: Kids Can Press, 2014.  Gr. 3-7. $17.95. 64p.
This amazingly fun nonfiction book should be a big hit with both your science fans and science phobics alike. A CGI-animated boy on a skateboard takes readers through all the history, physics, chemistry, and astronomy involved in creating the Earth. The tour starts with a timeline of creation and the big bang, through primordial life on earth, all the way up to how stars are formed and various life forms appeared. Gorgeously illustrated with animations, photos, graphics and call-out boxes and captions to entice your middle-grade readers. Readers are pulled in with fun-sounding chapter names, “Begin with a Bang!,” “Bake to Perfection,” “Check for Signs of Life,” and more. Highly recommended.
550 Earth Science                          Kathie Jackson, Plymouth Meeting Friends School