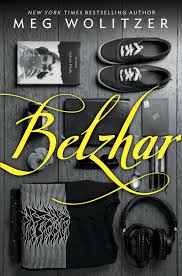 Jam Gallahue is not pleased when her parents force her to attend a private boarding school for “highly intelligent, yet fragile” teens after she breaks down over the devastating loss of Reeve, her first love. Even worse, she learns that she has been placed in Mrs. Quenell’s mysterious, highly coveted, and highly selective Special Topics in English class.  Jam finds herself thrown into a class with four other students, all of whom have their own tragic past.  Special Topics in English is the only class that the elderly Mrs. Quenell teaches, and she announces to the students that this will be her final semester of instructing, so she wants to make it special.  In the class, the students only read one author; this semester they will be focusing on Sylvia Plath, who like all of the students in the class, suffered from depression.  Later, Jam falls asleep while completing an assignment in a journal given to her by Mrs. Quenell, and she finds herself transported to a place where Reeve is still alive.  She wakes up to discover that she has written all about Reeve and the 41 days they shared.  After some awkward conversations, Jam learns that the other students in the class are transported to their own alternate reality, which they aptly name “Belzhar” after Plath’s autobiographical novel. The group tries to figure out why they have been given this opportunity, what and where Belzhar actually is, and begin to question what will happen when their journals run out of pages.

I received an advanced reader’s copy of this at the Book Expo of America last May and read it in a single night.  Wolitzer does such an amazing job at crafting tragically flawed yet realistic characters.  Teens will anticipate discovering the story behind each character’s reason for being in Special Topics in English and will be shocked by Jam’s real reason for entering Belzhar.