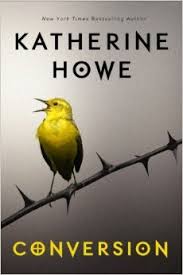 Colleen Rowley is a senior at prestigious St. Joan’s Academy in Danvers, Massachusetts. She and her classmates are involved in the usual senior year academic rituals: AP classes, the battle over class rank, and the college application process.  The pressure to succeed at such a competitive school can be overwhelming, and some of the students begin to fall apart.  One by one, a number of students begin to experience strange physical symptoms.  Some of the girls develop tics, seizures, coughing spells, and hair loss.  The entire town of Danvers begins to spiral into panic; is this a previously unknown disorder?  Is it the result of pollution or toxic waste contamination?  Could it be a reaction to the new HPV vaccine?  Or are the girls faking illness to experience a brief moment of fame, as media attention grows?

Colleen, who is doing an extra credit project on The Crucible, connects the events in 17th century Salem with what is occurring at St. Joan’s (Salem Village was once part of modern day Danvers).  She concludes that the “hysteria” going on in Danvers is similar to that in Salem during the witch trials, but the causes of this hysteria are unclear. After extensive investigation by journalists, doctors, and environmentalists, the State Department of Health finally diagnoses the students with Conversion Disorder.  Conversion Disorder occurs when stress and psychological problems manifest themselves as physical problems, and it is treatable.  Life for St. Joan’s students finally begins to return to normal, as the students acknowledge the effect of stress on their lives.

This was a truly enjoyable book.  Chapters written from Colleen’s perspective alternate with chapters written through the eyes of Ann Putnam, Jr., one of the primary accusers during the Salem witch trials.  The different viewpoints show how girls’ lives have changed over the centuries (and how, in many ways, they have stayed the same).  Conversion is based loosely on real life events that happened in Le Roy, NY in late 2011; the story of this medical mystery is fascinating. Clearly, there are a number of ways this book can be studied in conjunction with the school curriculum.  Students of biology, psychology, colonial history, and current events would all enjoy this novel.  I highly recommend its inclusion in any secondary library collection.