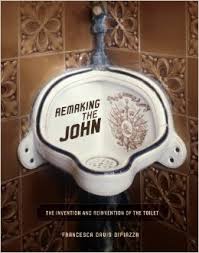 Did you know there is a World Toilet Day?  Did you also know that half a pound of solid and 47 ounces of liquid waste are produced daily by humans?  Did you know that over 2 million people die annually, most of them children, due to diseases spread from poor sanitation? In Remaking the John, Francesca Davis Dipiazza investigates the ever-changing world of indoor plumbing from ancient Rome through future innovations in the toilet.  With illustrations, photographs, and a list of resources, this nonfiction gem is sure to get kids interested in the daily details of defecation.  Coupled with facts on diseases and specific instances in which phrases such as “plucking a rose” were born, the photographs of primitive pots are intriguing, causing the reader to envision themselves in the “squat or not” predicament.  This nonfiction work can find a place in the curriculum with world history, inventions, and environmentalism.  It is definitely a nose-crinkling page turner.