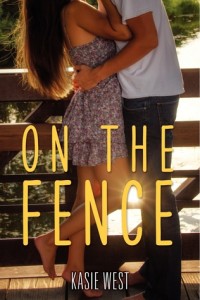 Charlie, short for Charlotte, would choose athletic shorts and Nikes over dresses and make up any day of the week.  Her mother passed away when she was young, which left her father alone to raise Charlie and her three older brothers. She has always been “one of the guys” and automatically gets thrown into the crazy antics of her brothers and their friends, including her almost brother and next door neighbor, Braden.  Charlie gets thrown for a loop when her father makes her pick up a part-time job when she gets her umpteenth speeding ticket.  The only job she can find is in an upscale clothing boutique, and she is completely out of her element when her new boss forces her to wear makeup and girly clothes.  Fearing their taunts, Charlie hides her work persona from her family and friends.  An unexpected midnight run in and deep conversation with Braden leaves Charlie questioning whether her feelings toward him are more than brotherly, but when she shows her feelings he misunderstands her, and she is humiliated.  She throws herself into a relationship with a boy who she met through her new work friends when she was acting like the girly version of Charlie, not her true self. Her life becomes even more confusing when her work and home life collide, and she is forced to explain herself, even to Braden, whose feelings towards her may be more than brotherly as well.

I wouldn’t say this was one of the best books I read all year, but it was an enjoyable story.  I read it in two sittings and was fully entertained by the characters.  The dynamics of Charlie’s family is my favorite thing about this one.  The relationship she has with her brothers are completely unrealistic to actual siblings, but the interactions are sweet and good natured.  On the Fence is popular with my Sarah Dessen and Jenny Han fans.