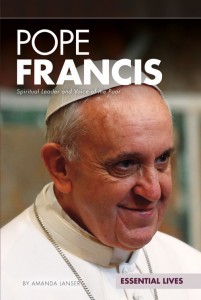 The title I have is Sam Walton: Founder of the Walmart Empire. This volume was very well written and informative. There is plenty of background information as well as facts about his family and his hopes for the future. His battle with cancer is even addressed. Mr. Walton has changed the way mass retail works in the United States. His contribution to society is acknowledged in this volume, with side notes with quotes from Mr. Walton, family members and other well known people. This will make a good addition to a healthy biography collection. Volume includes timeline, glossary, essential facts, glossary, additional resources, source notes and an index.

Our school has a pretty large collection of biographies. This section is used quite heavily by students doing projects on an individual. If a student was interested in the history of Wal-Mart, I would also steer them to this book. 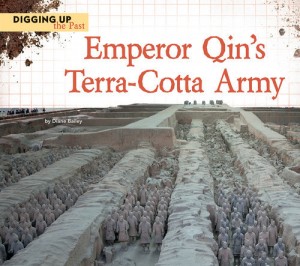 Emperor Qin’s Terra-Cotta Army and Machu Picchu are the books I viewed from this series. Both volumes have clearly labeled Tables of Contents to make finding what you are looking for easier. The books take you through the known history, the discovery of the subject of the book, and then gives some insight as to what sort of legacy is left behind. There are many full color photographs and it is written on a very accessible reading level. I believe students as young as grade three could use them, but they are perfect for middle school. The books contain a timeline, digging up the facts, glossary, additional resources, source notes, and an index.

These books get a lot of use in my school because our sixth graders take a course on ancient civilizations. They were out when students had projects due for the course. Some students will just naturally be drawn to these books for further detail about the subject matter. 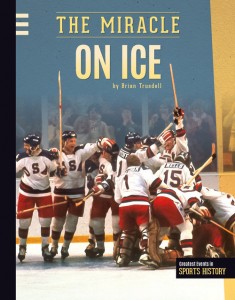 Readers can experience some of the greatest moments in sports history with this series. US Women Win the World Cup and The Miracle on Ice were the copies that were reviewed. Each book takes you through the background of the team or person, and then presents the events in the manner in which they unfolded. This is a little simplistic for middle school, but many of my lower readers love sports books and having a good selection for them is key. The reviewed copies both included a timeline, glossary, sources for more information and an index.

This series is great to broaden a very focused sports collection. It has topics apart from the mainstream, but high in interest and appeal. Some teachers allow students one sports book for a non-fiction book report, so the series could also be used that way. 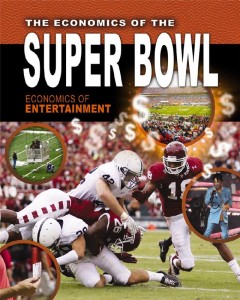 There is a great deal of subject matter contained in these short volumes. It introduces the topics of marketing and capitalism in all four volumes. The books explain the breakdown of the ticket prices, and who makes money on each type of event. Presented in a very appealing format, this series offers side notes, full color photos, and questions that make the reader think about the bigger picture. Each volume contains a glossary, index and a “find out more” section which gives books and websites for further reading. Some of the economics will be beyond the middle graders, but financial literacy should start at a much younger age than it currently does. The most important thing the series does is help students recognize what the difference is between needs and wants. That is a good place to start with financial literacy.

I put this series out on display and the kids just flocked to it. Then when the copies came back, other students were asking for it. Obviously, it is addressing a need in my collection and the entertainment factor helps. We currently don’t have anything in place in our curriculum for which the title could be used, so this series is purely entertainment reading.