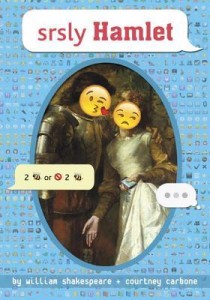 Imagine if Hamlet and Ophelia had smartphones.  This story, SRSLY Hamlet, tells Shakespeare’s famous play through text messages and emojis.  Although this is a very enjoyable read, I would not recommend reading this book in place of Shakespeare’s original Hamlet, but it could be used to accompany the original.  THOUGHTS:  Students will find this to be a quick and humorous read and will most likely find themselves relating to the characters. 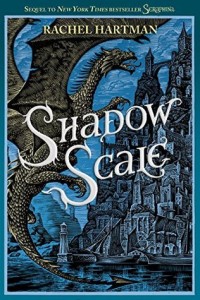 In this much awaited sequel to Seraphina, Queen Grisselda sends the halfling (half dragon-half human) to round up others like herself to aide in the war with the dragons, before mind-reading Jannoula can enlist them in taking over the kingdom of Goredd herself.  THOUGHTS: The book is not a stand-alone. The majority of the first chapters are spent getting up to speed on characters and background from the first book. While some readers may find parts slow, dragon lore fans will enjoy the continued tale of the heroine and the epic battle between humans and dragons.