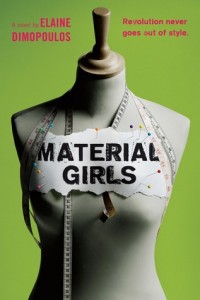 Teens Marla Klein and Ivy Wilde live completely different lives, though both are very successful. Marla is a judge in the high fashion industry and helps approve or deny what trends will hit the streets. Ivy is a pop star, who helps set fashion trends by wearing these trends during her concerts and music videos. When Marla begins to disagree with some of her fellow judges, she finds that the cut throat fashion industry doesn’t need her anymore and is demoted to the lowly career as a drafter. It’s here that she finds a voice, and meets Ivy, who is also beginning to question the materialistic world her career has thrust her into. Together, this unlikely pair begins to unravel the controlling fashion industry. THOUGHTS: While lacking a bit in substance, this is a fun read for anyone with a modest interest in fashion, or in popular shows like Project Runway. 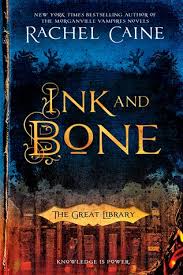 In an alternate history, the Great Library of Alexandria never burned, and is now the owner of all information, responsible for disseminating that content to the public. Since no one is allowed to own original books, Jess and his family are successful in the black market trade, as people will pay top dollar for originals. While Jess is immensely successful in his role as bookrunner, he is in constant fear of being caught, and so it is with great apprehension that he applies to be a Library scholar under his father’s orders. Once accepted, Jess begins to question the authority of the library as well as the role he plays in the family business, as he realizes no choice he has ever made has been of his own free will.  While no timeframe is given to the plot, Ink and Bone feels a bit like Victorian steampunk. THOUGHTS: Ink and Bone is a breath of fresh air in the dystopian and fantasy heavy world of YA. The ending also leaves readers hungry for the next book in the series, due for publication in July.