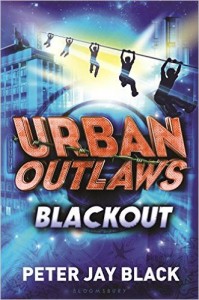 In the second book of the Urban Outlaws series, a major computer virus has spread. Obi believes that his uncle changed the will of his parents after his parents died in a plane crash and asks his friends for help locating the document. In their quest to capture the crushingly powerful computer virus, the group meets Hector, a young adult who knows a ton about computers and believes that he can trap the virus.  But, the group wonders if they should trust Hector, which leads to conflict.  THOUGHTS: With characters lacking a traditional family, they come together to help solve a major computer virus showing that hard work pays off. This is the second book in the series, and I would advise that students read the books in order.