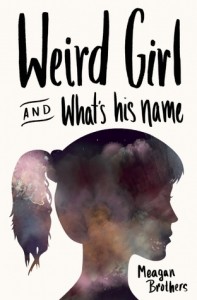 Lula and Rory are best friends, sci-fi geeks, and huge fans of The X-Files. They even have their own X-Files online guide, where they post reviews and discuss episodes with other fans. In their small North Carolina town, they confide only in each other; Rory knows that Lula’s mother left her with her grandparents and nothing but a backpack and a few books.  Lula knows Rory’s gay, and that his mother is a functioning alcoholic who frequently rearranges their furniture. But, Rory has been keeping some secrets from Lula, like the fact that he’s seeing his older boss, and also tried out for the football team.  When Lula finds out, she feels betrayed and heartbroken. In an instant, Lula’s world is turned upside-down, and she embarks on a cross country trip to find her mother and also herself. THOUGHTS: While at times  a bit predictable, Lula and Rory are extremely endearing characters that most teens can relate to. The X-Files references may seem outdated, but a recent Fox reboot of the series may peak reader interest.