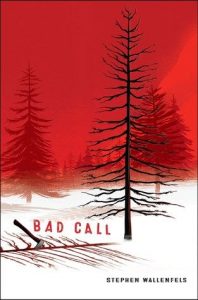 The three, star tennis players at an exclusive California boarding school break the rules to take a secret weekend camping trip to Yosemite.  Ceo, the charismatic playboy of the group, arranges the trip, luring his teammates into a quest to hike the rugged trails of the national park and hopefully find the remnants of a drug smuggler’s plane that crashed in the 70s.  Unknown to Colin and Grahame, Ceo has also arranged for a girl he met at a summer drama camp to join them. Ellie, a soccer stand out and aspiring artist takes a risk and skips out on a college visit to take this spur of the moment adventure with her summertime crush.  As the four arrive in Yosemite Valley, the unpredictable late fall weather and simmering tensions between the boys threaten their weekend plans and their lives. The story is told from the perspectives of Colin and Ellie, who are the heart and conscience of the tale. The strained relationship between the wealthy and manipulative Ceo, scholarship student Colin whose father has just died, and Grahame, an athletic powerhouse with a competitive grudge against Ceo, is revealed through flashbacks of the past school year.  Thoughts: The story starts slow, establishing the characters’ connection, but quickly builds in suspense as the trip turns into a harrowing survival tale. Recommended for fans of adventure fiction. 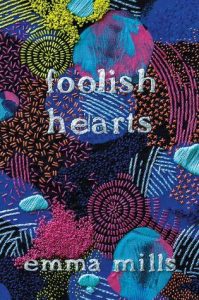 Claudia, a high school senior on the fringes of the in-crowd, finds herself the unwilling witness to the break-up of Iris and Paige, the cutest couple at Prospect Landower School for Girls. When discovered to be eavesdropping, Claudia becomes a target of mean girl Iris’ wrath. But as the school year begins, Claudia and Iris are unwillingly paired to work on a class project and after they nearly fail this first assignment their teacher forces them to participate in the school play, A Midsummer Night’s Dream, a co-production with their brother school.  The two girls form a tentative pact, which grows into an unlikely friendship that grows stronger as the year goes on. Meanwhile, the play introduces Claudia to Gideon, the male lead in the play, and a romance begins though Claudia, stung from her first boyfriend’s indifference, doesn’t feel she is worthy of his attention. Another curve comes when Claudia discovers that her best friend, Zoe and her brother are dating. I was slightly disappointed with the all too common cliche of the popular and gorgeous boy falling for the unpopular and nerdy girl. But overall, Foolish Hearts is a positive tale which focuses more on the power of friendships between the girls and their growing realization of the need to accept the people they love as they are, not as they wish they were. Thoughts: A good selection for reluctant readers and fans of Sarah Dessen and Jenny Han will certainly appreciate this light-hearted and heart-warming story.