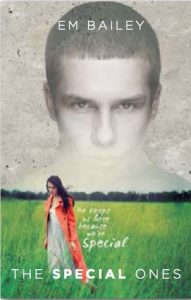 For the past few years, Esther has been living in an old farmhouse with Harry, Lucille, and Felicity.  They have all been brainwashed to believe that they are the “Special Ones” who “he” (their captor) has saved from the atrocities of the modern world.  They have no electricity and running water, and they are forced to follow very strict behavioral guidelines. Because he is always watching them, failure to follow these guidelines often results in punishment or, even worse, renewal. When a “Special One” is renewed, they leave the house and are replaced by someone else who has been kidnapped and must be brainwashed. Although Esther has begun to question the entire process – especially what really happens to those who are renewed – she must continue to play her part if she wants to survive.  This gripping page-turner full of surprising twists will have readers rooting for Esther and the others until the very end. THOUGHTS: This would be an interesting book to analyze in a psychology class.  Students could discuss the mentality of the kidnapper (and what made him that way), and/or they could discuss the difficulty the victims have assimilating back into society after the ordeal.  Real-life examples, such as the Elizabeth Smart case, could be compared. Fans of kidnapping stories like Emma Donoghue’s Room or Lucy Christopher’s Stolen would enjoy this title, as would fans of psychological thrillers like Paula Hawkins’s The Girl on the Train or Gillian Flynn’s Gone Girl. 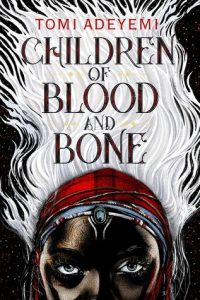 Ademi witnessed her mother’s brutal murder by soldiers on the night magic disappeared throughout Orisha.  When Ademi and the princess meet in a marketplace, a strange partnership and a long string of events lead to great change.  Magic is being reawakened. Romances, betrayals, and plot twists lead to an enjoyable storyline. THOUGHTS: This fresh new fantasy world has some interesting parallels with our very real world.  Readers with dark skin will see themselves in this book as people who can take power into themselves and perhaps make some change. I really enjoyed reading this, but had to set it aside for a while when the violence got to be too much for me.  I will keep reading the series, in spite of all of the bloodshed. 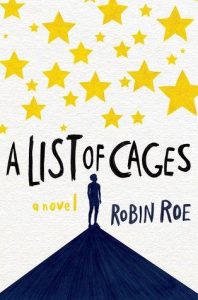 Adam and Julian’s paths keep crossing. First, Adam was assigned as a reading buddy to mentor Julian when the boys were in 5th and 2nd grade. Then, after Julian’s parents were killed in an accident, Adam’s single mom fostered Julian for about a year. Now, Adam is a popular high school senior assigned to escort quiet, withdrawn Julian to his twice-weekly school counseling appointments. The two quickly reconnect, and Adam’s tight circle of friends expands (sometimes grudgingly) to allow room for the younger boy. But Julian is hiding a terrible secret: his guardian, an uncle by marriage, has been physically abusing him for years. When Uncle Russell finds out that his nephew has newfound friends, he withdraws Julian from school and the abuse escalates over some extremely difficult-to-read chapters. Throughout the book’s final fifty pages, it’s almost impossible not to read ahead just to find out what happens to each character. THOUGHTS: This is a well-paced, affecting, terribly sad, and somehow still uplifting story of what too many young people face when they go home at the end of each school day. It’s also an homage to friendship, courage, and kindness that still manages to be a gripping page-turner. At the novel’s heart is the lesson that “Hate ricochets, but kindness does too.”