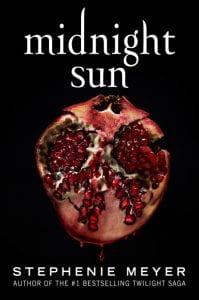 Stephenie Meyer puts a twist on her bestselling novel, Twilight, by giving us Edward’s side of the story. Edward Cullen is a vampire living with his family in the rainy town of Forks, WA, trying to blend in with humans as much as he can. However, the arrival of the new girl, Isabella Swan, changes everything. Edward and his family do not hunt humans and exist instead on a diet of animal blood, but when Edward smells Bella, he has an overwhelming desire to kill her, fearing he will lose control for the first time in decades, causing his family to move to a new location yet again. When staying away from Forks doesn’t work, he returns to school and attempts to ignore her presence, but when Bella faces danger, he unintentionally becomes her protector. Against his better judgement, Edward decides to get to know this intriguing and closed off  human but struggles to control his conflicting feelings of falling in love and pushing her away to protect her from himself. With Edward’s immortal ability to read the minds of those around him, readers are able to examine the thoughts of the majority of the characters within the novel, opening up the world of Forks, WA, and the minds of the vampires that have chosen the town as their home.

THOUGHTS:  I love that Midnight Sun gave readers more information about Edward’s past, as well as the rest of the Cullens, and it was interesting to read about Edward’s struggles with Bella from his perspective. I don’t think readers realized just how dangerous he was to her by simply reading Twilight. Readers trust Bella’s perception that he would never really hurt her, but there were many close calls when reading each scenario and interaction from Edward’s side of things. The pomegranate on the front of the novel can be a great discussion topic since it  resembles a human heart, and the juicy pomegranate also looks as if it’s dripping blood. However, it also has a more symbolic presence throughout the story because Edward compares himself to Hades and Bella to Persephone. As she grows closer to him and accepts him for who he is, it’s as if she’s eating the seeds of the pomegranate, making it so much harder for her to go back to her world. Both old and new fans of Twilight will love this darker side of the story!