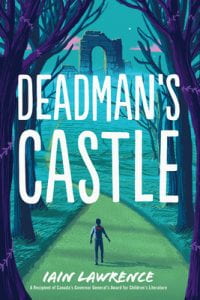 Igor Andrew Watson does not remember his original name because he has had so many. In fact, no one in his family has their original name because every so often, they are assigned new names and a new home by The Protectors, an organization that helps keep Igor’s family safe. All Igor knows is that when he was a child, his father witnessed a horrific crime. When his father testified in court, the criminal was put in jail, and Igor’s dad made an enemy that Igor only knows as “The Lizard Man.” After their next move to escape the Lizard Man and his vengeance, twelve-year-old Igor grows frustrated with having such an odd life. He longs to go to a regular school and have real friends. After much bargaining and begging, his parents finally agree that he can attend the local middle school as long as he does not tell anyone anything about his identity or lifestyle. Igor makes two close friends and starts to live a somewhat normal life. As he explores his new neighborhood with his friends, Igor has flashbacks of memories. He thinks he has lived in this place before… and he starts to doubt that the Lizard Man even exists.

THOUGHTS: This novel’s interesting plot and cliffhanger chapters will be appealing to middle grade readers looking for a suspenseful thriller. I believe this will be a fan favorite in libraries where mysteries/thrillers are often requested.