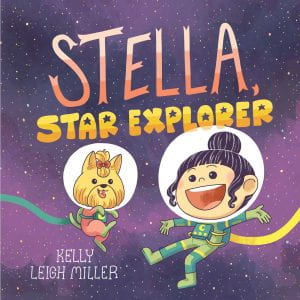 Stella is fascinated with space and sick of Earth. She builds a rocket and takes her dog Luna on a voyage of discovery. They meet two aliens who need help finding the planet just right for them. Stella the expert steps right in, acting as a real estate agent of space. She shows the two aliens each planet (skipping Earth), noting a special feature of each (Neptune is more than five times colder than the North Pole; Jupiter has seventy-nine moons; Venus is the hottest planet in the solar system; although Mercury is closest to the sun). When the only planet left is Earth, Stella grudgingly introduces them. The aliens ask Stella to show them everything about Earth, and in doing so, she realizes that if every planet is special, why wouldn’t Earth be? Seeing her planet through the aliens’ eyes gives Stella a new appreciation for Earth, so that it becomes her favorite planet.