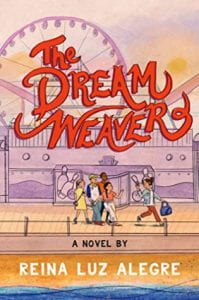 After drifting around the country following her father’s next big idea her whole life, twelve-year-old Zoey Finolio and her college-bound brother, Jose, land at the Jersey shore living with their maternal Cuban grandfather—one of the most stable homes since their mother’s death. Though Zoey loves her father, she revels in a summer at the beach, doing things most kids her age do and embraces the dream of saving Gonzo’s, her grandfather’s rundown bowling alley, from a developer. When she gets a chance to fill in as a bowler on a local team headed for a championship, Zoey sees it as an opportunity to not only savor friendship but also rejuvenate the boardwalk business. The familial relationships and friendships are nurturing and supportive throughout the book, but this book doesn’t resort to past solutions. Even after the valiant efforts of Zoey and her new friends, Pappy decides to unload the bowling alley and just manage it; Jose still wants to pursue his dream of being an engineer at college; and Zoey’s father continues to try his luck at a different job despite sacrificing his children’s stability. Zoey shows strength of character in expressing her feelings to her father and finds solace in her supportive brother, her new friends, and her new home with her beloved Pappy.

THOUGHTS: The close familial relationships and kind friend relationships are a delight to read. Zoey’s father’s behavior is abysmal and may be a form of bibliotherapy for some readers. In Chapter One, Zoey gets her period for the first time and the narrative explains her distress and how she deals with it, so using the book as a read aloud—at least the first chapter—may be uncomfortable.