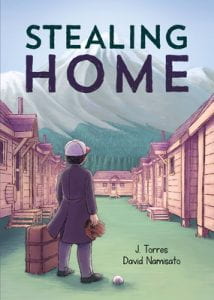 Baseball is Sandy Saito’s favorite hobby – in fact, he sees it as more of a lifestyle than anything else. His favorite team, the Asahi, are the pride of the Vancouver community. Sandy loves playing catch with his younger brother Ty and his father, a respected doctor. His life changes drastically; however, when the Japanese attack Pearl Harbor on December 7th, 1941, and suddenly anyone of Japanese descent is treated very differently than before. His father daringly breaks the curfews imposed on the Japanese to care for patients but one day, he does not return home. The Saito family is relocated to an internment camp without Dr. Saito. Sandy’s mother explains that his father is in a camp where his medical expertise is needed, but Sandy is doubtful he will ever see his father again. Eventually, Sandy realizes that, much like in baseball, he will have to figure out how to handle what is thrown his way.

THOUGHTS: Even though this is a complex historical event, baseball ties the story together and makes it relatable to young readers who may only be learning about Japanese internment camps for the first time. Back matter in the book provides more information and sources for readers eager to learn more. This graphic novel is a great fit for middle grade libraries and complements other graphic novels like George Takei’s They Called Us Enemy and Kiku Hughes’ Displacement which are on the same topic. 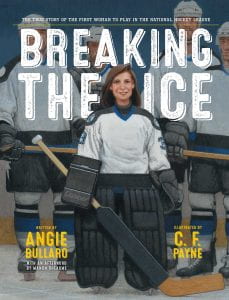