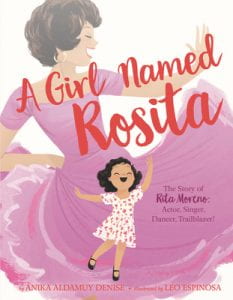 Rosita Alverio lives between a mountain and a rainforest in Puerto Rico. But soon after turning five, she and her mother board a steamship bound for America and a new life. In order to make ends meet, her mother works as a sweatshop seamstress. It is not a lot of money, but there is enough to spare so Rosita can take dance lessons. With her perfect twirls and her charismatic charm, Rosita quickly becomes a minor celebrity. She dances for the troops, acts on the radio, and even records Spanish versions of hit Hollywood movies. But soon, Rosita’s life changes when she meets with Louis B. Mayer, the head of MGM film studios. Shortly after, she becomes Rita Moreno and goes on to become one of the most famous Latinx stars in the world.

THOUGHTS: Fans of Rita Moreno will love this book as it gives a glimpse into the star’s life before fame. However, even readers who do not know of Moreno will appreciate her journey: a real life rags-to-riches story with a Latinx person at the center of it all. Leo Espinosa’s stunning illustrations make it seem as though Moreno is twirling off the page. This is a must-have for elementary librarians looking to expand their biography section. 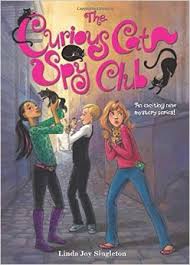 Becca lives at the Wild Oaks Animal Sanctuary and has a group of friends known as Sparklers. When Becca is chasing their zorse, Kelsey helps to stop the creature from fleeing by sharing her father’s homemade cookies. Becca is grateful for her help and makes sure that her mother calls Kelsey’s parents so they understand why the cookies did not make it to the Veteran’s Hall.  It is the unlikely sound of cats in a dumpster that ties the crew of Kelsey, Becca and then Leo, an aloof boy from their class that loves robots, together. It seems that too many pets are missing. Their club meets in secret at the Skunk Shack. Their friendship will be challenged and also grow as the mystery becomes more intense. Thoughts: This book is the perfect start to a series for upper elementary and middle school readers in need of a detective story that is not overly scary. 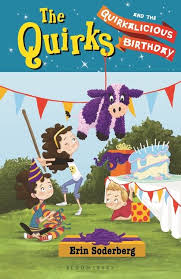 Join the next installment in the series as the twins prepare for their tenth birthday. For the first time, they will have a party and can each invite ten guests since they have been living in Normal, Michigan, for a few weeks. Who will they invite and how will they agree on the location and special events for the party? In their quest to solve the Quikalicius Birthday Hunt from their grandfather, the two will learn how to work together and  when to tell  a joke.  In a way, the series reminds you of Savvy by Ingrid Law as most of the family members have certain powers. Full page and smaller black and white illustrations advance the narrative. Thoughts: With a family and mixed special abilities, I think of this book as a perfect read for students who have older sibling devouring Ingrid Law’s Savvy. With powerful abilities, students could also relate the characters to various comic book characters. 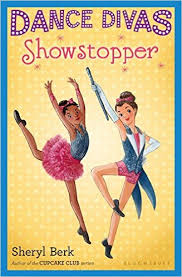 Enter the sixth novel in the series as Miss Toni decided that the dancers will have time off during the week of President’s Day. While used to having the finest costumes available, this time the dancers will have to make their own costumes based upon the card they select. Gracie selected the joker card and has difficulty narrowing down her costume. To fuel her dream, Anya and her mother live thousands of miles away from her father and brother. Rochelle and her family invited them over for Christmas, but it  wasn’t the same. They are preparing for the dance competition in Las Vegas. Anya and her mother fly out to LAX and learn that her brother passed his driver’s test. During her week, the teacher is practicing merging ballet and hip-hop. At what could be her last performance in Las Vegas with her dance troupe, she learns that her brother was seriously injured when driving. What will happen next? Thoughts: While a sixth in the series, I think a student could read the books in any order and take delight reading the books. 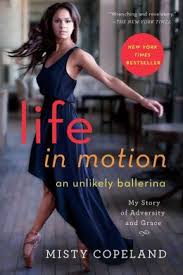 “This is for the little brown girls.”
Misty Copeland has worked her way from a “shuffled” sort of childhood to ballet stardom and, through her writing and affiliation with Under Armor, Prince, and more is nearly a household name.  All this from a young woman who first took a ballet class at 13 (far beyond the usual 3 and 4-year-old beginning age) and who didn’t have the right “build” or the right skin color for ballet.  What did she have?  A seemingly innate ability to know and perform the moves, and soon, a love of ballet which fueled her drive to learn and to be the best.  As evidenced in her memoir, she also has writing ability that pulls the reader in, and a kind, forgiving, no-grudges-held attitude.  “This is for the little brown girls.”  It is a line she repeats and a role she takes seriously.  She sees herself as helping to open the body- and race-specific world of ballet to boys and girls of various sizes and races.  This is an uplifting and inspiring biography of a woman to admire not only for her ballet accomplishments, but also for her strong, open-to-life character.  This book fills a gaping need for biographies of contemporary dancers, and will be much in demand by young dancers in your school.  Highly recommended.
792.8 Ballet; Memoir   Melissa Scott, Shenango High School