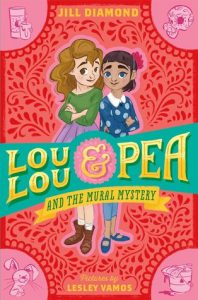 Throughout this beautifully illustrated middle grade chapter mystery two best friends need to use their gardening and art skills to bring about justice. A cooking father, smatterings of Spanish (with a lovely glossary in the back), a close-knit neighborhood including beautiful murals, and a Día de los Muertos celebration bring this multicultural story to life. Follow Lou Lou Bombay and Peacock Pearl and enjoy the rich culture, and fun characters.  THOUGHTS: Great for readers who grew out of Ivy & Bean and love a little mystery. I enjoyed the funeral for the plant and the recipe for “Pinky Pan de Muerto” (Day of the Dead bread). 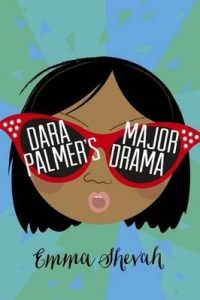 This funny, middle grade chapter book walks the line between frivolous and achingly deep. The main character, Dara, feels in her soul she is an actress first and foremost. What the world sees is a girl who is adopted by an English family who comes from Cambodia. Dara wants SO BADLY to be in the school play, but she doesn’t get a part. Her mother thinks it is because of the color of Dara’s skin. Her teacher says it is because she doesn’t come to drama classes. Follow Dara as she struggles with not only questions racial bias, but where she belongs in her family.  THOUGHTS: Dara’s dramatic 5th grade viewpoint can be ditzy and grating at times, but the margin doodles and depth of topics make it a great recommendation for any 9-12 year old girl.