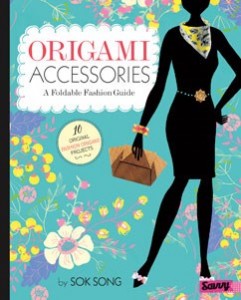 Calling fashionistas everywhere!  Fashion Origami, a new series from Capstone Press, takes fashion design to a new level with origami created wearable pieces.  In Origami Accessories, step-by-step instructions for folding a tote bag, scarf, bow, brooch, ballet flats, bracelet, sunglasses, clutch, backpack, and flip-flops are presented.  Each set of instructions includes folding directions and illustrations, along with a pop-out “How to Use” section and brief intro to the item.  Each book also begins with basic origami instructions and folding guide and key.  THOUGHTS:  This is a really neat set of books for students interested in design and can easily be used by an art, crafts, or other subject area teacher working on a project.  This series helps students take 2-D designs to 3-D designs and even wearable designs. 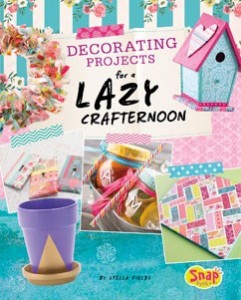 Lazy Crafternoon is a new series from Capstone that provides ideas for middle grades students to perk up their surroundings and things.  Each title begins with a supplies list for the whole book instead of individual craft ideas and ends with further reading and exploration through a print list and code for Facthound.  Decorating Projects for a Lazy Crafternoon includes directions for no-sew pillows, lampshades, faux stained glass, various canvas ideas, birdhouses, and decorative jars.  Each project has an individualized “What You’ll Need” list along with step-by-step instructions.  THOUGHTS:  This is a fun series for crafty students looking for a new idea.  Each project is simple enough for upper elementary and middle school students and provide a fun way to liven-up the room. 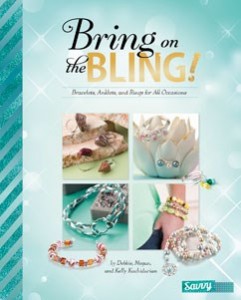 “You’re one of a kind, and your accessories should be too” and so begins each book in this new series from Capstone.  Accessorize Yourself gives readers step-by-step instructions to creating one-of-a-kind accessories that help celebrate individual personalities.  Each title focuses on a different type of accessory (or accessories) that can be made from items found around the house or in any craft store.  Some accessories begin with a base that can be purchased in a thrift store (or found in the give-away/throw-away pile at home), while others start from scratch with just basic wire or fabric for creation.  Each title also includes a section at the end for further reading and exploration, along with colorful photos throughout of each accessory.  THOUGHTS:  This is a fun series for upper elementary and middle school girls to explore their creative side and personality through basic accessories and crafting. 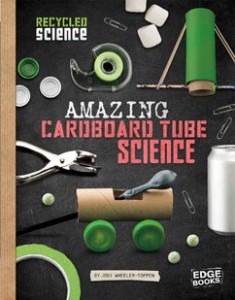 Each book in this series focuses on an everyday object like a cardboard tube or a popsicle stick.  There are several step-by-step experiments and projects that can be completed using the objects.  Not only do these projects serve to recycle the materials, but they also teach scientific principles that will stick with the reader after the project is finished.  For example, readers will turn cardboard tubes into marshmallow shooters and learn about potential energy and kinetic energy in the process.  They will create harmonicas out of popsicle sticks in order to understand the concepts of sound waves, frequency, and pitch.  Complete with a glossary, index, color photographs, additional print and web resources, and critical thinking questions using the Common Core, this hands-on series is sure to entertain students as they learn about scientific principles.  THOUGHTS:  This is an excellent resource for elementary and middle school science teachers to incorporate into the classroom or Earth Day.  Full of great ideas for recycling everyday objects and hands-on projects designed to make learning fun, these books are a wonderful addition to any elementary or middle school library. 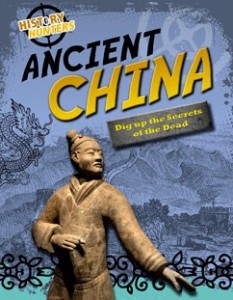 The History Hunters series uses archaeological discoveries to help illuminate and explain the history of several well known ancient civilizations. Numerous photos of archeological finds are used to supplement the text. Each volume covers topics such as religion, family life, work, housing, food, wars/conflict, and other basic information about the culture being presented. Sidebars entitled “Deadly Secrets” offer a photos, descriptions, and clues about specific finds in order to get the reader to correctly guess their purpose. A glossary is included in each volume.  THOUGHTS: Though each book in this set is a slim 32 pages, a great deal of knowledge is incorporated into the text. Readers will walk away with a basic understanding of the each civilization. Numerous photos of archaeological discoveries as well as historical images will add to the reader’s overall understanding. A great choice for history fans. 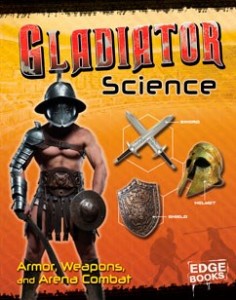 Each volume of the Warriors Science series examines one of the most prominent and popular groups of fighters from world history. Types of weapons, protective gear and tactical strategies are discussed within the context of science. In order to emerge victorious, these historic warriors had to rely on scientific principles and knowledge to maximize the effectiveness of their weaponry and strategy. For example, medieval knights protected themselves with armor designed to disperse and absorb energy from the blows of enemy weapons. Knights also built weapons such as trebuchets, which relied on counterweights and the science of gravity. Each volume features numerous diagrams, photos and historical images designed to illustrate the science behind the history. In addition, phrases/words are defined throughout the text in order to increase clarity for the reader. THOUGHTS: These engaging reads are sure to be popular with upper elementary and middle school fans of military/weapons books. The science content is seamlessly and logically woven into the presentation of historical events and the soldiers/fighters under discussion.