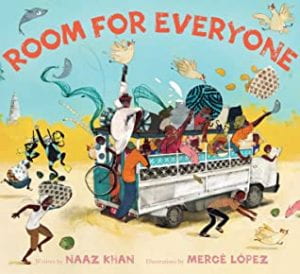 Musa and Dada are off to Nungwi Beach in Zanzibar when, along the way, Dada stops the bus to pick up an old man with a broken bike. Musa argues that there’s no room for the man and his bike, but Dada insists there is plenty of space. They make room, and before long, Dada stops again to pick up a herder with two goats. Again, Musa argues there is no room, and again, they shuffle around and make space. This pattern continues throughout the book until, by the end, it’s Musa insisting that there is room for everyone. Ultimately, they reach the beach, where they all pile out to enjoy a day under the sun. Rhyming text and detailed, colorful, mixed-media illustrations make this a very lively, engaging read.

THOUGHTS: I love everything about this book! Not only does it convey the subtle message that there is always room for new friends and experiences, but it also provides readers with a glimpse of African culture. A glossary in the back explains unfamiliar words like daladala (a shared minibus), baghala (a boat used by people living near the Arabian Sea and Indian Ocean), and more. This is a solid purchase for social studies classrooms and/or elementary library collections. 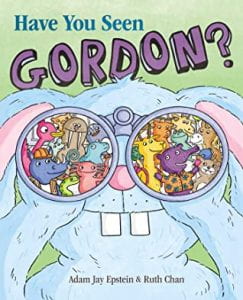 Have You Seen Gordon is an interesting take on the concept of I Spy. The first few pages the reader is being introduced to finding Gordon; however, it becomes apparent that Gordon doesn’t want to hide. The characters are talking with the narrator throughout the second half of the book, until they come to an agreement about the ultimate direction of the book.

THOUGHTS: The fact that the characters spoke up about not wanting to fit in (or be found) is an unexpected piece of this book that I appreciated. The ending wraps the whole book up nicely and makes the reader feel like the ending came naturally.

In this early reader adventure, The Chicken Squad is back for another adventure. Sugar, Dirt, Sweetie, and Poppy live in the triangle chicken house with their mother. Dirt likes to read by the window, Sweetie likes to draw on the walls, Poppy likes to rest in a big shoe, and mother Moosh likes when everyone is home. Home is a bit crowded though. J.J. lives in a doghouse that has a bathtub; a big, soft bed; and a table for massages. Sugar invites her siblings to the more spacious dog house, and each enjoys having a little elbow room. But Moosh misses her chicks, and J.J. notices his dog house isn’t like it used to be. Will everyone find a way to be comfortable and feel at home? This text has longer sentences with simple chapters and high-interest vocabulary words.

THOUGHTS: A fun twist on Goldilocks and the Three Bears, this chicken adventure will garner laughs of emerging readers. 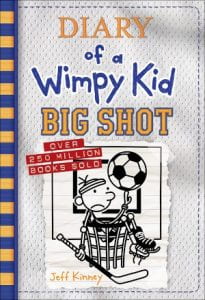 Greg Heffley’s never been much of a joiner or a kid who enjoys hard work and exercise, but his middle school field day earns the winning homeroom a day off school! Student trading, super pumped lunch ladies, and disastrous trips to the gym with his dad are all part of Greg’s field day, but his mom decides afterwards that Greg could use some experience as part of a real team and encourages him to choose a sport to try. Greg, sensing he’ll easily be cut from the team, chooses basketball. Greg’s worst nightmare happens when another team is formed from all the kids who were cut, and Greg is forced to live out the rest of the basketball season on a series of teams doomed for failure. Somehow, Jeff Kinney continues to make hilarious Greg Heffley adventures.

THOUGHTS: Venturing into the sports world with Greg will be sure to give your readers some good laughs. 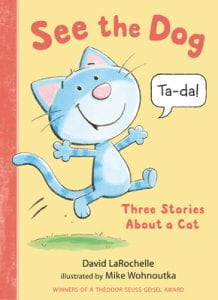 This companion to 2021 Theodor Geisel Award winner See the Cat: Three Stories About a Dog is a must for every elementary school library. Beginning readers will love both titles by David LaRochelle. See the Dog brings back Dog and Cat, two animals unafraid to interact with readers and foil the author’s storylines. The first story opens with “See the dog,” and Cat saying, “Hello! The dog is sick today. He asked me to take his place!” Three stories follow a similar pattern and readers will giggle at every twist and turn.

THOUGHTS: Another excellent beginning reader from the team of LaRochelle and Wohnoutka. 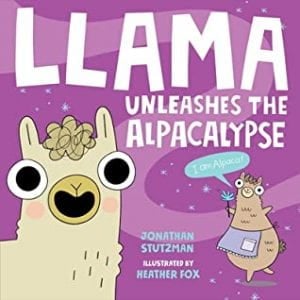 The follow up to Llama Destroys the World finds Llama doing what he does best – eating, adventuring, and dreaming. One thing Llama does NOT do is clean up messes, so he creates The Replicator 3000, a machine which, as the name suggests, clones whatever – or whomever – is put inside. When Llama’s friend Alpaca comes over for lunch, Llama decides to clone her; after all, Alpaca loves cleaning and two alpacas can clean even faster than one. However, by dinnertime, there are millions of alpaca clones roaming the earth. They swarm playgrounds, schools, restaurants, and streets, cleaning everything in their path. The horde of alpacas causes chaos and unrest among the other animals who declare this the end of the world! Llama, however, is not concerned; after all, he is busy eating a cheese pizza with extra cheese, the smell of which lures all the alpacas back to his house. Now Llama pays attention  – there is no way he is going to give up his pizza! Llama is stuck making a difficult decision. He will either have to give up his pizza to the endless parade of alpacas or find a way to reverse the cloning and save his pizza (and the world, of course).

THOUGHTS: Married author/illustrator duo Jonathan Stutzman and Heather Fox have once again created a silly story that is sure to delight young readers. Every child can relate to Stutzman’s Llama (after all, most children prefer eating pizza over cleaning) and Fox’s illustrations are bright and enticing, showcasing the animals’ silly expressions. Another bonus for librarians including this in their collection is that they will be supporting a local author and illustrator: Stutzman and Fox live and work in Lancaster, Pennsylvania.