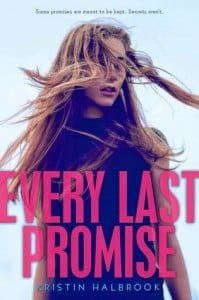 “Killer Kayla”–it’s the whisper Kayla hears in the school hallway and on the streets of her small hometown of Winbrooke, MO. Home after a summer of exile in Kansas City, Kayla is dealing with the aftermath of a spring car wreck in which she was at the the wheel, leaving her best friend’s twin brother injured and another classmate killed. But while everyone blames Kayla, they don’t know the real reason she was in the driver’s seat that night.  Kayla has claimed she can’t remember the details surrounding the accident, but that’s not the truth.  The truth is that Kayla witnessed one of her friends being sexually assaulted at a party shortly before the car crash.  Now Kayla finds herself torn; should she reveal the truth about the crash and the assault? Doing so (and naming the perpetrator, the start football quarterback, who also happens to be her friend’s twin brother who was injured in the car crash) will further ostracize her from the beloved hometown where she had imagined herself living forever.  Can she live with herself if she continues to remain silent?  THOUGHTS:  Halbrook effectively uses alternating chapters (set during the spring prior to the car crash and the autumn following the crash) to build tension and suspense that keeps the reader engaged until the actual events surrounding the car crash are revealed.  The effects of peer/community pressure are also realistically portrayed as Kayla struggles with the pressure put on her by friends, classmates and others to keep silent. 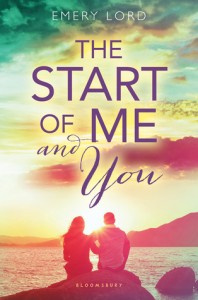 For the past year, Paige Hancock’s life has been defined by one event–the drowning death of her first boyfriend, Aaron. Seemingly everywhere she goes, she is the focus of pitying looks from her friends and neighbors. She feels guilty when she has a good time.  As her junior year gets underway, Paige is resolved to move on and make some changes in her life.  On her to-do list are things like joining a club at school and dating again; maybe her former crush Ryan Chase is available.  When Paige joins the high school quiz bowl team, however, it’s Ryan’s cousin Max she finds herself connecting with and falling for.  Paige must break through her fear of loss in order to enter into a relationship and begin living again.  THOUGHTS: This sensitive portrayal of life, love and loss will appeal to readers of Sarah Dessen, Morgan Matson, Deb Caletti and Susane Colasanti. 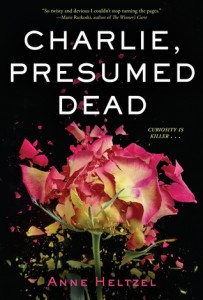 While not the best book I read over the summer, this title is sure to engage students who appreciate a fast-paced read with a mysterious element. Presumably, Charlie Price has died in an explosion while piloting a plane. Upon attending the funeral of her boyfriend in Paris, American, Aubrey Boroughs realizes that not only did Charlie not tell his family about her, but he had a steady girlfriend of three years, Lena Whitney. Lena and Aubrey meet, and Lena shares her suspicions that Charlie is not actually dead. Aubrey is intrigued (why so intrigued, we learn later on), and reluctantly agrees to go with Lena on a trip to various locations to find out more about Charlie’s supposed “death.” They end up flying halfway around the world to India to begin their quest. As they come closer and closer to solving the mystery, they learn about each other as well as their own wants and needs. They both had a complicated relationship with the enigmatic young Charlie, who seems to have enjoyed being a different person around each girl. Against all reason, the girls themselves become close throughout the course of their adventure. Reminiscent of Gayle Forman’s novel Just One Day, this novel takes readers on an adventure to exotic locales but lacks the depth and character development that Forman includes so easily in her stories. Nevertheless, readers will still want to learn what happened to Charlie, and will eagerly await the sequel.

Against my better judgement, I did find myself quickly turning the pages in this book. The characters are interesting, and the plot is one that keeps the reader on the edge of her seat the entire time. Similar to other YA novels, this one lacks any sort of adult presence, and an adult reader such as myself had to have a lot of willing suspension of disbelief to believe that any parent would let their 18 year old daughter go on weekend vacations with a boy such as Aubrey did, or allow a daughter to travel around the world as she pleases, as Lena’s parents are wont to do. Yet, this was a fun read, and I will be recommending it to many students who enjoy mysteries!