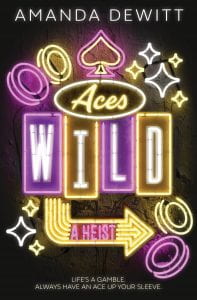 Jack Shannon’s life falls apart when his Las Vegas casino mogul mother is arrested. It’s not that she doesn’t operate afoul of the law; it’s that she’s too smart to get caught. The high school junior knows her rival, Pete Carlevaro, is responsible. Jack and his two sisters, along with their father, gather at their casino suite home. Jack, closest to their mom, is determined to get revenge, with a little help from his friends. Jack has never been good with social relationships at his boarding school, despite running an illegal blackjack club; he met his best friends online, bonding over their ace (asexual) identities. These are the people he can rely on to help vindicate his mother. But when they meet IRL, Jack is disturbed to discover that he has a crush on one of his friends. Is that even possible? This riotous Ocean’s Eleven for teens is fast paced and fun. Jack, a loner from a dysfunctional family, is determined to out-con the con, but makes one bad decision after another, even as he acknowledges he’s making bad decisions. His first person narration is spot on, hooking readers from the first page. The twists and turns continue to the end of the book, although one big reveal is somewhat obvious. Jack’s friends are an amusing, endearing, diverse group: Latinx, Black and a Vietnamese American/German gender-neutral individual. Jack’s middle sister, Kerry, is hearing impaired. The ace issue is casually referred to throughout the book, but does not dominate the narrative, leaving the casino shenanigans to take center stage.

THOUGHTS: This is a delightful, movie-worthy romp that is suitable for middle school and up. Mild language, but appropriate to the situation. The asexual narrative is deftly handled: informative but not overwhelming. This isn’t a book about ace kids, but rather about an engaging group of friends running a Vegas con, who happen to be ace. 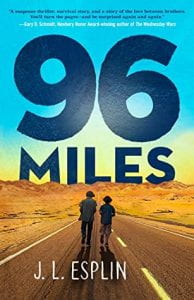