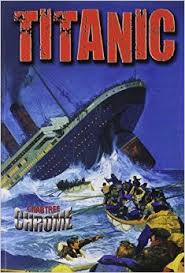 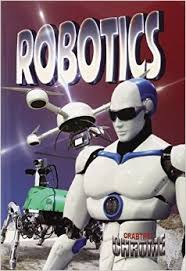 Crabtree Chrome Series. New York: Crabtree, 2015. 48p. $23.00 ea. Gr. 5-8.
Hyde, Natalie.  Ninjas. 978-0-7787-1365-4.
Superheroes of the medieval period, ninjas were legendary for their skills, spying, and missions.  They were accomplished combatants and masters of disguises which allowed them to blend in during precarious missions to discover crucial secrets.
Johnson, Robin. Pearl Harbor. 978-0-7787-1376-8.
Details the shocking surprise attack on Pearl Harbor two years into World War II.  As a result of this catastrophic event, America joined the war in support of Great Britain and its allies.
Johnson, Robin. The Salem Witch Trials. 978-0-7787-1395-1.
Investigates one of the biggest and deadliest witch hunts in the history of the United States.
Peppas, Lynn. Robotics. 978-0-7787-1369-2.
Delves into the history of automata and robots and explores the potential practical implications of artificial life in the future.  One day robots could perform tedious household chores including vacuuming or execute imperative medical surgeries in space.

Each title provides cursory coverage of a momentous event or component of life and discusses the impact on the time period and possible future significances.  Vocabulary is typed in bold and defined at the bottom of each page in a call-out box.  Bold subheadings and fact boxes keep each title organized while adding additional explanations and highlighting influential quotes.  Photos and authentic copies of primary sources add to the artistic value.  Back matter includes an additional resource list, glossary, and index.