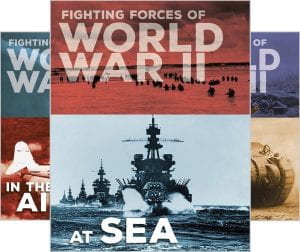 Fighting Forces explores the military forces of both allied and axis powers. With several primary sources and informative captions, history lovers will enjoy learning about specific units that fought during World War II. In every book, each unit is featured in chronological order with specific dates the units were formed, the strength, and the areas the units were active including Europe, the Pacific, Mediterranean, and the Eastern Front. Included is a Timeline and “Read More” section with credible books and websites.

THOUGHTS: Perfect for students who already have knowledge about World War II and for those wanting to learn about how both sides of the war contributed at sea, in the air, on land, and on the home front. Well organized and full of in-depth information, this is an excellent addition to a library that already has a full World War II collection and history buffs are begging for more. 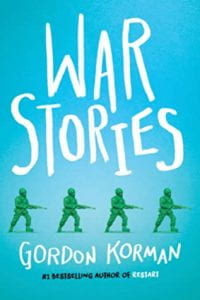