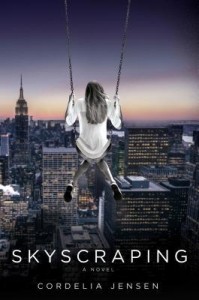 Set in New York City in 1993, this is a heart-wrenching story of a young girl whose seemingly stable life is turned entirely upside down during her senior year in high school. Miranda is smart, responsible, motivated, and destined to attend Columbia University where her father teaches. But, her world crashes when she discovers her father and his male teaching assistant in bed together. Her once complete trust in her father is undermined when she learns that her parents have had an open marriage since before she was born, and that one of the reasons her mother spent a year in Italy, without first telling her daughters and thereby seemingly abandoning her family, was because she believed Mira’s father was the better parent. Mira’s faith in her family is further corrupted when she learns that her father has been HIV positive for years, and she learns this from him when his disease progresses to full-blown AIDS. THOUGHTS: Told in free verse with much use of imagery, symbolism and metaphor (often glaringly obvious, but sometimes more subtle), Skyscraping is a coming-of-age novel with a strong female character and the genuineness of a personal diary. 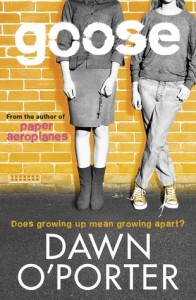 It’s senior year for Renée and Flo, first introduced in Paper Airplanes, and the best friends anticipate changes. Flo, committed to leaving the island of Guernsey, is intent on going to university, but Renée, who previously agreed with the plan, is having second thoughts. Each has family issues to navigate as well as the overlay of Renée’s sexual experimentation and Flo’s religious exploration. THOUGHTS: Although the plot moves quickly as the narration alternates between the two girls, and although the characters are realistic and well-drawn and their strong bond of friendship is relatable for today’s teens, this novel is, overall, a disappointment. Includes graphic and often unnecessary sexual scenes and references. 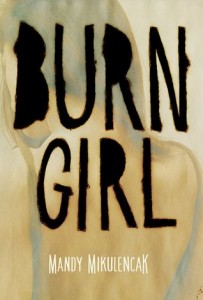 Arlie is a teenage girl with adult responsibilities.  Most importantly, taking care of her drug addict mother.  They live in a motel, and Arlie’s life is very unstable. She was burned as a child and her disfigured appearance is just one struggle in her life. When her mother overdoses, it’s Arlie that has to call the police.  She’s sent to foster care and to school after many years of not attending.  Arlie does have one friend, Mo, who isn’t about to give up on her, and along the way she meets Cody, who has a disability of his own but can be a good influence on her.  Arlie must leave foster care and live with an uncle she didn’t know existed, and her relationship with Frank is written realistically.  THOUGHTS: A contemporary, quick read. This story will appeal to those who like troubled teen girl characters, and a story with a gritty edge. Arlie is a likeable main character, and even though she is slow to change at times, and often runs from her problems. I appreciated the “realness” of her and what she went through.