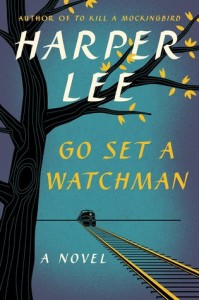 The most anticipated novel of the year reads exactly as it’s purported to be: an early version of what eventually became To Kill A Mockingbird.  Headstrong Scout’s sharp wit is there, along with entire paragraphs that are duplicated in Mockingbird.  Despite its rough, choppy style, this is a must-have for any high school collection, especially in schools with Mockingbird in the curriculum.  Atticus’ racist comments will break the hearts of Mockingbird devotees, who will likely feel pain along with Scout as she laments, “The one human being she had ever fully and wholeheartedly trusted had failed her … had betrayed her, publicly, grossly, and shamelessly.”  But this shock can be a gateway to dialogue about segregation as students compare the idealistic Mockingbird with Watchman, which vacillates between depressingly realistic and downright outrageous when reflecting attitudes of Southerners in the 1960s.  Lee’s editor reportedly told her to rewrite the story to focus on Scout’s childhood; this advice was spot-on, as the best passages from Watchman are flashbacks.  Did Harper Lee ever intend for the world to read her early work?  We may never know, but it does provide us with a jumping-off point for additional discussions about editing, point of view, and the ethics of publishing Watchman in the first place.