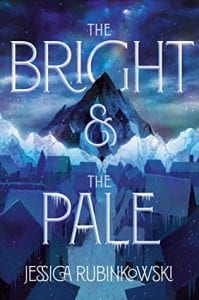 When Valeria was 17 years old, her village was encased in a magical frost that froze everyone and everything in her village. She is the only survivor. Ever since that happened, she has been hiding from the Czar, who wants to throw anyone who survived, in jail. When the book starts, Valeria is working for the Thieves Guild with her best friend Alik and doing what she can to survive, which all comes crashing down when Alik is murdered. A year later, Valeria finds out that Alik is alive. Now she needs to lead a group of criminals into her home town in order to buy Alik’s freedom.

THOUGHTS: This is a great read for fans of the Grisha trilogy, as it has a similar feel in the mythology and folklore. This is also a great book to read during the winter, with the majority of the book taking place outside with snow.