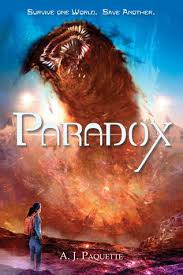 Ana Wakes alone in a spacecraft, on planet Paradox. She has all the supplies she needs to trek more than 27 hours, but no memory of her past. This seems to be a typical science fiction story until Ana awakens from the simulation, in a lab on earth, and must piece together the situation. Previously, an actual expedition to Paradox returned with a devastating virus which killed most of earth’s population. Ana must find a way to reverse the virus before the entire population is wiped out. There is abundant adventure throughout the story as Ana survives the hostile planet and a vicious worm-like predator who feeds on fear.