Bell, Cece.  El Deafo.  New York: Abrams, 2014.  978-1-4197-1020-9.  233 pages.  $21.95.  Grades 3-6.
Sometimes a graphic version of a novel can speak volumes.  In El Deafo, Cece Bell tells her story of going deaf as a four year old and growing up with this disability while trying to find her way.  She deftly illustrates the feelings and doubts of a child who wants to be accepted, while also amazingly demonstrating in graphic format the sounds and thoughts around her.  Eventually, she decides to embrace an alter-ego with heroic powers from her hearing device to cope with her peers.  Using rabbits as characters makes the story seem more imaginative and humorous for the readers, but there is plenty for the reader to relate to and learn from.  The 70’s references and the fact that El Deafo should really be called La Deafa (female) are the only minor complaints for this great story.  It will appeal to those looking for a cross between Wonder by RJ Palacio and Smile by Reina Telgemeier.
Biography – Graphic Novel           Dustin Brackbill State College Area School District 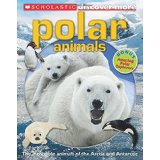 Hayes, Susan.  Scholastic Discovers more: Polar Animals.  New York, Scholastic Inc., 2014.  978-0-545-66777-7. 80p.  $12.99. Gr. 1-4.
A resourceful nonfiction book filled with bright photographs and easy to read text.  Each page draws your eye using captions, lists, bold print and incredible photographs.  The information provided is concise and clear to young readers.  Each spread of two pages covers a different topic and informs the reader of all the components of the polar world.  This book includes information concerning both the Arctic and Antarctic.  Including a well-defined glossary and an interview with an Artic Scientist.  Digital downloads and copies also provided with a code included in the book. 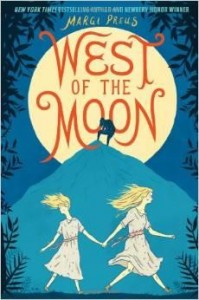 Preus, Margie. West of the Moon. Amulet Books. 2014. 9781419708961. 224 pages. $16.95. Ages 10-14.
This myth/folktale tells the story of Astri, a young Norwegian girl that is determined to travel to America to be with her father. First, Astri must rescue her little sister from their mean relatives, which then allows them to set off on an adventure that involves a book of magic and curses, a troll treasure, and a goatman that is out to get them. Astri and her sister must travel ‘east of the sun and west of the moon’ to reach their destination.
398.2 Myth/Folktale  Krista Goodzinski, Mars Area Centennial School

Daniel, P.K. IndyCar Racing. (Inside the Speedway series) Minneapolis: ABDO, 2015.   978-1-62403-404-6. 48 p. $21.95. Gr. 3-6.
Glave, Tom. Sprint Car Racing (Inside the Speedway series) Minneapolis: ABDO, 2015.  978-1-62403-407-7. 48 p. $21.95. Gr. 3-6.
This series has six titles about different kinds of auto racing (Drag Racing, Formula Racing, IndyCar Racing, Motocross Racing, NASCAR Racing, Sprint Car Racing). These titles provide lots of information on motor sports, from the history of the sports to facts about races, popular drivers, and the vehicles themselves. There are lots of colorful photographs and there’s even a photo diagram within each title that helps readers identify parts of the title vehicle. Each title contains a table of contents, glossary, index, and “For More Information” section.

I know very little about auto racing but the authors of these titles are award-winning sports journalists, so it seems likely that they are a good source of information. They will be popular with any student who loves auto racing, not only for the information but for all the great photographs included.  Buy where auto sports are popular.
796.72; Automobile Racing               Lindsey Long, Nye & Conewago Elementary Schools