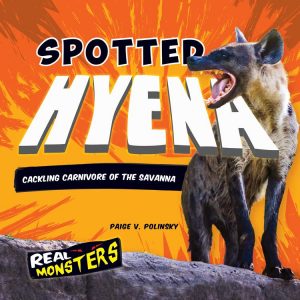 Spotted Hyena: Cackling Carnivore of the Savanna begins with a good table of contents, and has a very good introductory “Creature Feature” page with many of the basic facts (name, class, size , life span) as well as a world map showing the range and diet of the hyena. The book addresses legends, then moves on to educational facts. The cover and the series title are geared toward the more monstrous aspects of the species, and some of the contents reflect this. THOUGHTS: More recent books focusing on specific animals without a an agenda (biggest, scariest) are few and far between. This is not one of them, but it does have good information and the pictures are adequate. 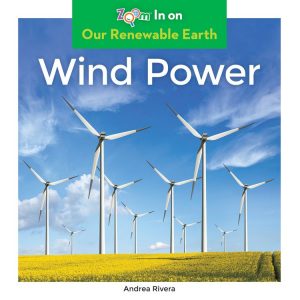 This series is geared toward the younger elementary set.  Wind Power looks at the basic ideas of wind and how it can be used to make electricity. The text is quite general with some keywords, such as “turbine,” that are explained in the glossary. It also covers a range of topics such as engineering, art, and math. THOUGHTS:  If your school is excited about renewable resources, this is a good series to introduce the concept to the youngest readers. 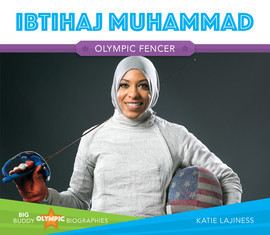 This series is notable not only for the quality information and the professional pictures, but also for highlighting women athletes. These biographies cover birthplace and training, as well as important milestones in the athlete’s career. It does focus on the Rio Olympics, and the further out they get the more dated this biographies will be. Yet some will be lasting because their Olympic careers are over. THOUGHTS: I love this series! It has the fastest runner (not from the US) as well as high profile women athletes. It’s great to expose young readers to success stories that are not just USA (Usain Bolt) and diverse females that don’t usually get coverage (Ibtihaj Muhammad). 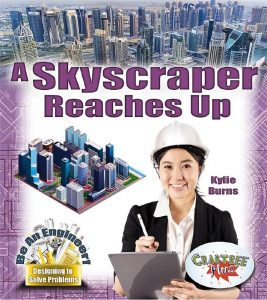 Engineers solve problems. It’s as simple as that, but much more complex is the process that gets them there. Whether building a bridge, a tunnel, a dam, or a building, each engineer uses science, math, and creative thinking to work out the problem. Each book in this series flows from an example problem to explaining the role of an engineer and the problem solving process. Then there are plenty of structure specific examples with photographs and captions to lead the reader to a model activity at the end. Also included are resource lists, online codes, glossaries, and indexes. Be an Engineer!: Designing to Solve Problems is a great way to open the eyes of young innovators to the structures that support us every day!  THOUGHTS: This series complements well with themes of STEAM and inquiry science and future careers. The predictable pattern of each book makes them comparable for small group projects, note taking or discussion. Visually they are a good blend of pictures, colors, and descriptions to hold the reader’s attention.