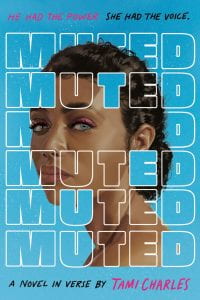 Author Tami Charles, who once belonged to rhythm and blues girl group, relates a compelling story reminiscent of the R. Kelly scandal. She chooses a real-life small town between the Pocono Mountains in Pennsylvania and the Catskills in New York. Drawn to each other because they are the few persons of color in their predominantly white high school, three talented girls are overwhelmed and overjoyed to get the notice of a leading recording artist and record producer, Sean “Mercury” Ellis. Denver LaFleur, a curvy, African American with a powerhouse voice, her talented friends Dalisay Gomez and Shakira Brown, sneak behind their parents’ backs to meet with Merc. When Shak drops out because she has suspicions about Merc’s intentions, Merc whisks Denver and Dali to Atlanta where he grooms them to be performers separately in his mansion on Pristine Road. Gradually, Denver takes center stage, while Merc tells Dali she is not ready. Though Denver finds Merc’s methods stringent and mercurial (he limits her calories and takes away her cell phone and internet) and he adapts and takes credit for her original songs, she does get the chance to cut a demo record and make money. Both girls stay with Merc with their parents’ permission (they are only seventeen when he takes them under his wing) because of the possibility of fame and fortune. However, not long into the novel, Denver has difficulty sorting out the rigor becoming a lead singer requires from the torture of being blocked from her family and true love, Dali. Thinking Dali has returned home to Sholola, their hometown, Denver makes clandestine phone call to Shak and discovers Dali is not back in Pennsylvania. Where is she? Using her wiles, Denver explores Merc’s mansion, uncovering a maze of rooms, each one holding captive girls Merc kidnapped. Told in verse, the book is not graphic, but it is brutal. The ending brings some resolution, although not happy ones. The realistic subject matter conveys successful people get away with incorrigible acts is troubling, yet highly readable.

THOUGHTS: Students will draw parallels between this verse novel and R. Kelly, the R & B singer, and similar allegations of captive girls and sexual misconduct. Denver is a sympathetic, authentic character and her involvement in the glittering world of celebrity makes for an interesting, if depressing, read. The setting in Sholola, Pennsylvania, too, is a draw for local readers. The print in the book is extra tiny; hopefully, the published version will be standard size font. Some cursing and descriptions of sexual activity.

Best friends Denver LaFleur, Dalisay (Dali) Gomez, and Shakira (Shak) Brown are the trio that make up Angelic Voices, a singing group with hopes of making it big and getting out of their small town Sholola, Pennsylvania. When Denver sees their opportunity to get noticed in front of Sean “Mercury” Ellis (Merc), she grabs her friends’ hands and presses play on a cell phone to cue up the music. Time stands still as the group beautifully blends harmonies, and they begin to see their dreams within reach. Denver is ready to do whatever it takes to make it. But Shak has doubts about Merc who creeps her out, and she has other obligations with her family, church, and basketball. Shak isn’t ready to sneak around and lie to her family to get her big break, so the trio becomes a duo under Merc’s guidance. Denver and Dali leave their families and move into Merc’s Atlanta mansion. Despite small doubts, Denver is mostly okay as long as Dali is by her side (no one else knows of their secret relationship). Merc has rules, though, to keep his legacy safe and keep the creative juices flowing. The girls hand over their cell phones, have no internet access, sleep in separate parts of the house, and only come out of their rooms when permitted, all in the name of getting into the zone. The next time Denver sees Dali, though, Dali has been on a trip with Merc to have a complete makeover including having work done on her teeth so she no longer needs braces. Denver feels a hint of jealousy with the attention Dali’s been getting while she’s been stuck at home with a personal trainer and very limited food. And there’s Merc’s ever present old school camcorder. Fame isn’t quite what Denver thought it would be, and not being in contact with her family starts to get hard. In a few short months Denver’s life looks entirely different, but is it all worth losing herself and everyone she loves in the process?

THOUGHTS: Readers will root for Denver and cringe at the warning signs she misses. This one would pair well with Tiffany D. Jackson’s Grown and is a must have for high school collections.