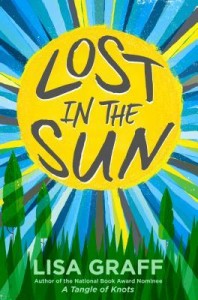 Trent would like to forget his fifth grade year altogether, but the tragic accident with a hockey puck that took a classmate’s life continues to haunt him.  As a therapeutic act, he plies his journal with sketches of alternative causes leading to Jared’s death.  Hoping middle school will provide a fresh start, he can’t shake the feeling that everyone in town hates him, except Fallon Little.  Shrouded in mystery, Fallon won’t hesitate to tell anyone the story behind the scar on her face.  She makes up one ludicrous anecdote after another.  Her peers think she’s more than a little odd, and oftentimes she’s the target of bullying.  When Trent defends her against the town bully, and the rage builds in his chest until he pummels the kid, Fallon suddenly withdraws from the friendship claiming her parents won’t let her hang out with Trent.  Problems at school intensify for Trent when he discovers he may not pass sixth grade because he refuses to participate in gym.  Mrs. Emerson provides an alternative to failing in which he must assist in a weekend basketball clinic to help younger players improve their skills.  The director partners him with Annie Richards, the sister of the boy Trent killed in February.  Making amends isn’t easy until Trent takes the advice of his teacher and starts speaking truths.  THOUGHTS: A poignant story of friendship and healing that has readers cheering for Trent.