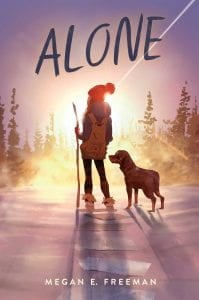 Maddie, a twelve year old girl, plans the perfect sleepover night at her Grandmas. Unfortunately, her friends cancel, and Maddie spends the night alone – only to wake up to everyone gone. Maddie learns that an “imminent threat” has forced mass evacuations and her divorced parents never knew that Maddie was alone. Maddie must now fend for herself and hope that help comes soon. Maddie visits the empty homes and starts to gather items necessary to survive for the next few weeks. But weeks turn into months, and months into years and Maddie’s only company is a rottweiler named George. On her own Maddie faces looters, tornadoes, a devastating fire, and a flash flood while navigating springtime at her mom’s house and winters at her father’s home. Maddie uses her local library to gain knowledge, and find hope that rescue will soon arrive.

THOUGHTS: A wonderful survival story with a strong female character that will leave you rooting for her. The story is well written, and fans of Life as We Knew It and Hatchet will enjoy this adventure. The author provides a variety of challenges for Maddie to face, while showing how to be brave and creative in overcoming obstacles. 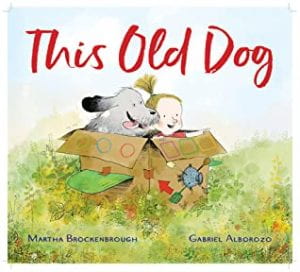 Old dog is happy to see another day though his old knees hurt and his old back aches. “The speed of life since the girl was born is fast fast fast, and old dog likes to take things slow.” While the story explains that he wants plenty of time to find a just-right rock or smell each blade of grass, the illustrations show that old dog just doesn’t get that time anymore because “…the rest of the world has lots to do.” Old dog wishes for a friend who wants to take their time on walks and savor the delights of nature. Much to his delight, his family’s daughter starts to walk and toddles directly to him! Suddenly, old dog and his girl are inseparable and enjoy plenty of time together smelling the grass, finding those just-right rocks, and walking together through the world.

THOUGHTS: As a parent with two old dogs and two small kids, this book really tugged at my heartstrings. A sweet story for any dog lover. 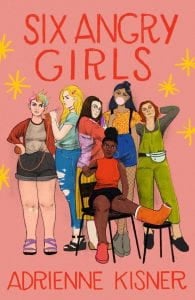 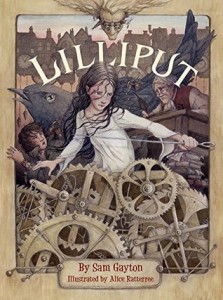 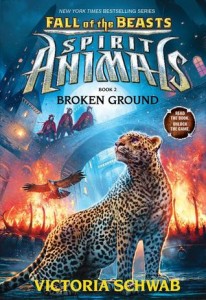