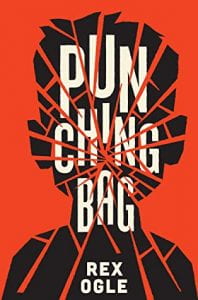 As with his debut memoir, Free Lunch, Latinx author Rex Ogle is honest and sensitive in his recounting of his high school years with his volatile mother, Luciana, and abusive stepfather, Sam. At the book’s opening, Rex’s mother reveals that she has lost an infant girl, Marisa, while seven-year-old Rex was visiting his paternal grandparents. In front of her sensitive son, she is distraught with grief and places the blame at his feet. Ogle carries that guilt with him as he navigates his teen-age years protecting his half-brother, Ford, from the chaos erupting from domestic violence in their tiny Texas apartment. At times, this guilt is assuaged with the remembrance of Marisa, giving him the encouragement and strength not extended by other adults. Though his alcoholic stepfather beats his mother regularly, Rex’s mother refuses to press charges or escape. In fact, in a brief stint when Sam leaves her, she picks on Rex, goading him to hit her. Rex acts as the parent here. He has the maturity to see their household is toxic and to recognize his mother’s mental health issues. From conversations with family members, he gets an insight into the root causes of his mother’s and stepfather’s behaviors. However, he feels responsible for the safety of his younger brother and the financial stability of the family. He receives some emotional support from his grandmother and his mother’s sister; he is able to confess to his stepfather’s brother the physical abuse suffered in their family. Nevertheless,with little adult support from teachers or neighbors, young Ogle is out there on his own with the lone comfort of Marisa’s ghostly voice convincing him her death was not his fault. When Luciana and Sam repeatedly wind up together with little improvement, Ogle has to value his own life and aim for his own dreams to keep him resilient and hopeful. This memoir is an excellent example of bibliotherapy. Ogle does not gloss over the brutality and the bewildering reality of domestic violence and the devastating effect of a parent’s untreated mental health issues on her children. Ogle acknowledges this in the book’s preface with a disclaimer emphasizing his purpose for writing his story is to show that it is possible to survive. Students suffering the same trauma will appreciate his frankness. Contains an informative Q & A with author.

THOUGHTS: The account of domestic abuse as well as physical and emotional child abuse is constant, but Ogle is a talented narrator and compels the reader to endure it. Rex Ogle himself stands out as an exceedingly mature, resilient, compassionate person, despite a lifetime to being put down, parentified, terrified, neglected. It prompts the thought, where was this behavior learned. He records little resentment of being the person in charge of his younger brother. He willingly shoulders adult responsibilities around the house with hidden resentment and–mostly-controlled anger. The book delivers an important message to any students in similar circumstances. 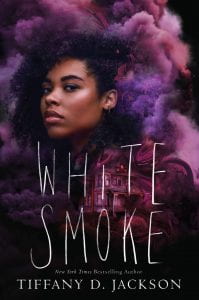 Marigold’s blended family has just relocated from the sunny California coast to the run-down midwestern town of Cedarville. Their historic house, still under renovation, is part of her mother’s Grow Where You’re Planted residency with the Sterling Foundation. As the artist-in-residence, Raquel and her family will live in the home for free. Free housing means less debt, which is important after Mari’s recent stay at Strawberry Pines Rehabilitation Center. From the first page, it’s clear that she is facing real mental health challenges: programming medication reminders on her phone, repeating calming mantras, and obsessing about bedbugs. Meanwhile, Mari observes unexplained noises and disturbances in the house, including strange smells and items disappearing. The desolate neighborhood adds to the spooky ambiance. Jackson, a prolific and versatile author, is known for her real-life inspiration and plot twists. Indeed, many episodes in this haunted house story are based on real reported ghostly incidents. She also brings elements of a psychological thriller to her first horror novel.

THOUGHTS: Spooky book season is here, and Jackson’s latest novel is almost too much fun to booktalk with students who enjoy suspenseful, scary stories.