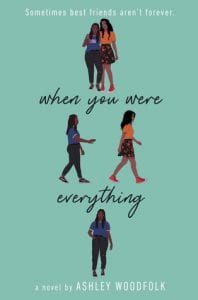 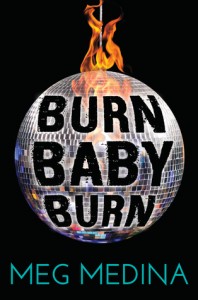 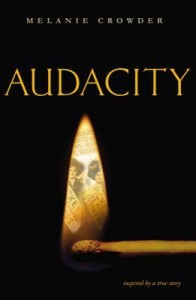 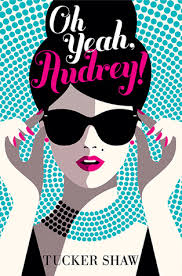 When her mother died, sixteen-year-old Gemma Beasley began to fill her time by creating and maintaining “Oh Yeah, Audrey!”, a blog devoted to all things Audrey Hepburn.  A huge fan of the film Breakfast at Tiffany’s, Gemma decides to organize a day out in New York City organized around aspects of the film.  Together with Trina and Bryan, two online acquaintances she has met through her blog, she plans to explore the city, beginning outside Tiffany & Co., and ending with a midnight screening of the film. At first, everything goes according to plan-Gemma slips away from home, her father none the wiser, and all her online friends make it to New York.  But her plans are soon disrupted by the unexpected appearance of Dusty, a wealthy boy who had in previous weeks found her blog online and communicated with Gemma about Hepburn in order to complete a school paper.  Gemma finds herself drawn to the charismatic Dusty and deserts her other friends in order to embark on a glamour-filled tour of the city with him.  As the day progresses, Gemma, like Holly Golightly, discovers some difficult truths about trying to reinvent yourself in the big city.

It is not necessary to be an Audrey Hepburn fan or a viewer of Breakfast at Tiffany’s in order to understand the plot of Oh Yeah, Audrey!.  That being said, having seen the film Breakfast at Tiffany’s will definitely increase the reader’s comprehension of the nuances and references made in the story.  The novel is designed to be a light and quick read that incorporates topics as varied as celebrity worship, romance, friendship, self-discovery, and grief (as Gemma is struggling with the recent death of her mother).  For the most part, the novel succeeds in meshing together these themes, though a few of the lessons Gemma learns along the way are not handled by Shaw with much finesse.  The other aspect of the story that I just had trouble accepting was the character name Dusty—I associate the name “Dusty” with characters in old black and white westerns, not today’s contemporary teens.  But other readers may not have this problem. Recommend to students looking for a lighter, quick read. 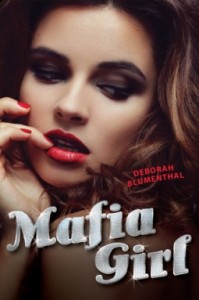 Blumenthal, Deborah. Mafia Girl. Chicago: Albert Whitman & Company, 2014. 978-0-8075-4911-7.  $16.99. Gr. 8 and up.
Gia is New York’s current cutting-edge bad girl.  Circulating rumors affiliate her family, and father more importantly, to the mob, so kids at school either revere or avoid her.  She only has two genuine friends she can trust, Ro and Clive.  When she’s joyriding with her bestie Ro in a borrowed car, Officer Cross or “McHottie” pulls them over and issues multiple citations as Gia’s conspicuous flirting and crude mouth build sensual tension.  At the station, Super Mario, the family lawyer, smooths over the incident, but Gia can’t get the young, gorgeous officer out of her head.  Her innocent schoolgirl crush soon turns to obsession as she stalks him at his local hangouts, hoping for a hot and steamy makeout session.  When she confides in Clive, he helps her look into her crush’s past with the help of his hacking skills and father’s state-of-the-art computer only to discover a shocking secret link between the two families that may doom the star-crossed lovers before they have a chance at real intimacy.
While it’s tempting to view Gia as a pampered diva, there’s an underlying sweetness about her character shown subtly in the way she interacts with Clive and her family.  Accustomed to getting what she wants, Michael Cross is a unique ambition since he refuses Gia’s advances in spite of his own growing attraction.  Irreconcilable family backgrounds, promiscuous rendezvous, and intense passion all speak to the excitement and ardor of first love.